Angels from the Past

The "senior citizen village" is now more than a dream.  The funding has been established and the groundbreaking set.  This was not the time to relax though.  The board of trustees was formalized and the articles of incorporation were established.  And Lois Bratka, chair of the development and service committees implemented the Green Hills Auxiliary. 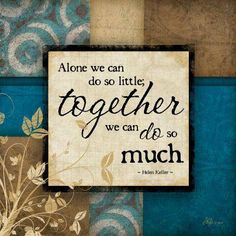 The Auxiliary members represented the sponsoring churches.  Each church had one congregation member on the Auxiliary board and several volunteers. Early on the Auxiliary bought those non-essential items that made the center more like a home, which was part of the original mission.  Later after the apartments and then the care center opened the Auxiliary led crafts with the residents, planned parties and helped raise money for those items that make life more comfortable but wouldn't be considered a necessity. Things like an oven for the community room, patio furniture, garden plots, furnishings for the care center and so very much more.  They visited residents in health care, and folks who spent time in the hospital.  They offered transportation to those who wanted to get off campus as well.  They were the face people saw when they waked through the door seven days a week including holidays!

As you read their by-laws and expectations it is very clear that they continued the whole person wellness philosophy as well as what we call person directed care today.  Ella Kauffman reported to the Auxiliary the following statement in 1976:

"One of the biggest problems I see for those coming to the care center is having to part with so many of life's material goods.  They may not feel like they can do as much, and therefore feel un-noticed or unimportant.  It is our job to to care, to listen and make sure they feel worthy and accomplished. No one can take away memories but we can give the gift of listening to those memories.
"

The Auxiliary became a key part of every project that benefited the residents for many years.   They were the volunteer base from 1974 until the mid 1990's.  They were truly angels of Green Hills Community!